It’s almost all the Dirty Three in Perth W.A. in the 90’s which might be a better post title? But also including all the TV shows live appears of that time, thanks to the ABC network Saturday morning show Recovery! Might as well start with all the black & white footage of late 90’s to kick it all off today! Dirty Three did play a pile of songs live then and I think it was air in full one night on the national TV too plus it was also on a bonus disc DVD included with Ocean Songs album at some stage?

3rd January 1999 at Perth’s Murdoch University which had a summer fest entitled Mudslinger Festival, Murdoch uni is south of the river kind-of same distance as Freo but it’s way inland from the coast so no where near the port city really. One of two times they played down there, I remember going this fest three years in a row but I can’t recoil after this one! Someone somewhere I found online was saying that night’s setlist was: Last Horse On The Sand/ Sea Above, Sky Below/ Sue’s Last Ride/ Hope/ Deep Waters. Which does sound about right, Dirty Three played as the final closing band and this would/must have been finishing around midnight, I guess?

The line-up that year was USA indie band Buffalo Tom but I’m pretty sure Aussies indie rockers You Am I and Jebediah were the main acts playing later than the one and only oversea act that year and others that day were: Something For Kate, Frenzal Rhomb, Screamfeeder, Happyland. On the smaller side-stage playing solo was: Kim Salmon, Matt Walker, Jeff Lang, Dave McCormack and local duo called Sodastream played in between the main stage bands but once it got dark oversea DJ Mad Professor played in-between a few of the acts before Warren Ellis told him to shut-the-fuck-up!

4th January 1999 in Perth CBD’s The Grosvenor Hotel would have been the last 90’s Dirty Three I’d see, oh my god I remember these smaller D3 gigs as the greatest live shows ever in my life! The bigger shows at fests or theaters were great but the smaller pub gigs were the very best, in my opinion! This would be the last time they play at the Grosv, pretty soon after this it was shut-down as the live music venue in this bloody city. I know I’ve was saying this last time but once again it was a great one but it’s still standing and open as a pub but every-time I go pass it’s dead with almost no-one inside, pity!

14th April 1998 at the Luna cinema/theater which first time they played the two shows there. The next time would in early 2000’s so see that last post but I might have mixed-up the shows my ex-gf who keep calling Warren the lead singer. Then a few night later on the 17th April 1998 The Grosvenor Hotel and once again bloody great. All three I got to see here at this venue were amazing but I think the best ever D3 show in this town was at the PICA bar the year before. See just below these videos which are the first two times D3 were on that TV show Recovery!

3rd January 1997 in Perth’s Northbridge is the Perth Institute of Contemporary Arts or PICA bar is where they were the greatest D3 show in this town did taken place. Finding a setlist: 1000 Miles/ Sue’s Last Ride/ Hope/ Indian Love Song/ I Really Miss You A Lot/ Red/ Kim’s Dirt/ Everything’s Fucked/ Suzanne (Leonard Cohen cover)/ I Remember A Time When Once You Used To Love Me/ Warren’s Lament. It was broken in half so the band could go get some more drinks for ten minutes or something and about halfway in the second part the bass player Marty P. Casey of Triffids/Bad Seeds climbs in the open window behind the stage and joins the band. This was an insane great gig and easy top five live shows of my life!

4th January 1997 at Murdoch University’s Mudslinger festival and nope, no mud was ever at this fest because basically this city has no water so how can you make mud? D3 played the main stage in the middle of the day this time. Closing band later that night was 70’s punk Radio Birdman reunion but headlines were USA rockers The Lemonheads before that and then a pile of Aussie acts played: The Mark Of Cain, Regurgitator, Clouds,  Pollyanna and on the smaller side stage had few local Perfff bands playing like Cinema Prague and Beaverloop etc. I did really or so much enjoy these smallest fest down there the three times I when, maybe I think I would rant it better that the huge Big Day Out fest which I blogged about last year but the greatest festival ever to hit this place I live, I’m going to blog real soon!

3rd February 1996 was s’pose to be at Grosvenor Hotel but changed venue to the Planet nightclub which yet another live music venue that’s closed down, it’s a strip club now. This was a Sunday after the Big Day Out fest the day before, D3 played in the middle of Regurgitator and Spiderbait which are two pretty big Aussie bands but Regurgitator open because D3 where at the other venue and no one told them it’s changed! I don’t think I’d ever seen Regurgitator play so early before/after? They played a great set and well over before D3 turning up with Nick Cave, some Bad Seeds, Perry Farrell and Mike Watt as their roadies carrying all the gear though the front doors too, you could call the whole arrival at the venue and set-up as a great performances? Nick and Perry when backstage but Warren was talking to crowd the whole time, soundcheck just when into the set. Mike Watt of Minutemen, Stooges came back on stage to pound some bass about halfway a did some songs with them, Mike was doing bass in Porno For Pyros for their BDO shows. The whole thing was just crazy and after it all finished Spiderbait had to come on and play too!

I can’t find the date but it was sometime in September 1994 at the Grosvenor Hotel supporting Tex, Don & Charile. The whole of 1995 they were overseas touring but before that was my very first D3 show, I remember Ellis talking for a very, very, very long time in between the the very long songs which seem to last forever! Both Jim and Warren were Tex, Don & Charlie back-up band later that night too. I share some smokes with a girl in the front row, got the D3 debut self-titled album on the way out and then made-out in a dirty back alley with what’s her name? I do remember but I’m not telling!

The one of the very first time Dirty Three played in Perth was in February at the Grosvenor Hotel support for The Blackeyed Susans but I wasn’t there at that one and have no idea about the nights’ date as well?

So two live videos to finish with just above, first is late-90’s touring in Taiwan, I think? Then at Meredith fest in 1994 which is over east by the way, I think both are great closing tracks for my little trip down memory lane!

Edit (27/5/19) Aussie Singer-Songwriter Dave Graney contacted viva my twitter which I never look at now but is still linked saying he remembers going west playing two shows with Dirty Three supporting Dave Graney N The Coral Snakes before the above date I listed as the one I knows as the first D3 Perth shows or even after it? I have no way to really confirmed it? Dave remember the club owner wanting D3 off the second night they were playing but Graney insisted them staying on the bill for both night. He’s is most likely right because I did turn 18 years old in mid-94 so I couldn’t go to shows before that and lived down south too but Dirty Three was playing gigs from 1992 over east so could have easy come across to play shows. At the time I also did try to keep a good eye out from if D3 were playing shows but I was up and down from the country down south a lot to at that point so could have missed them too? I think, I should say it’s very open that they did plays more shows before that 1994 I did see them! Dave just remembers how angering the club owner was but can’t place the name of joint or when? I’ve say before on my blog how in Perth live music venues open and close down a lot so it could have been anywhere, really? Anyway above is an incomplete list of D3 shows in Perth, Western Australia in the 90’s, OK? Just ones I do know!

Only finding two posters/flyers this time: 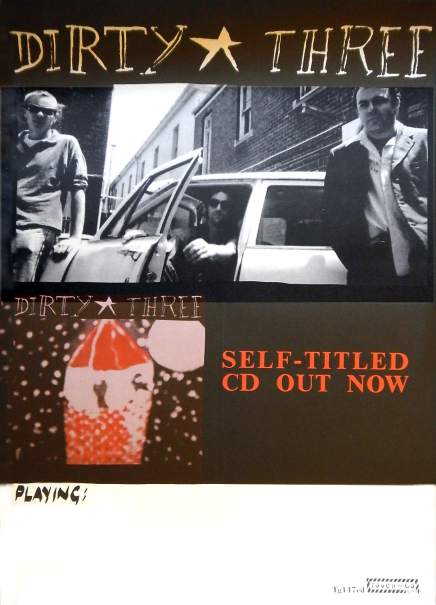 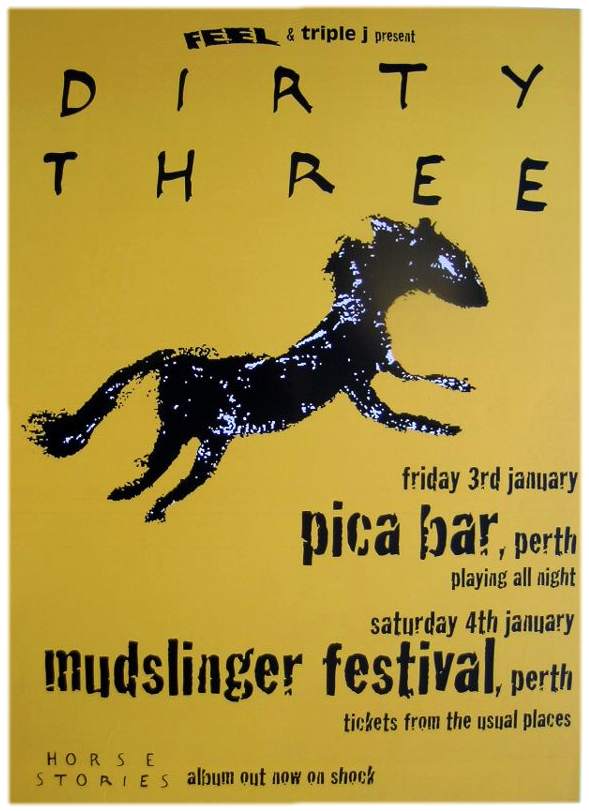 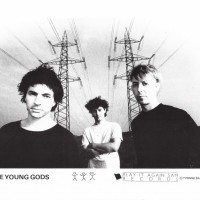 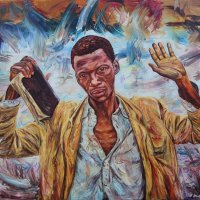 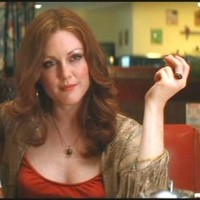 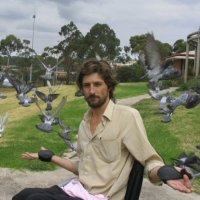 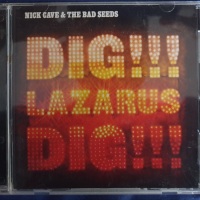 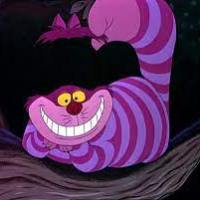 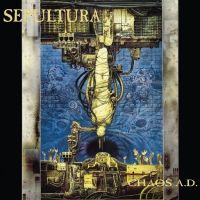 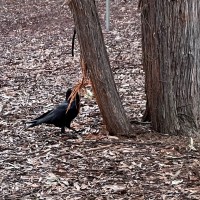 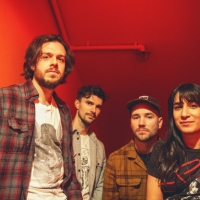 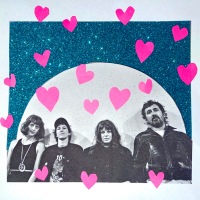 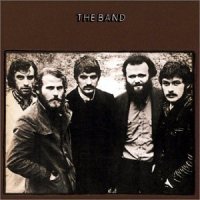 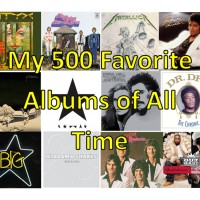 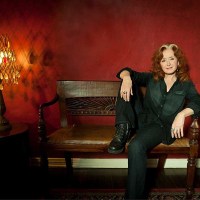 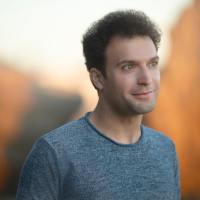 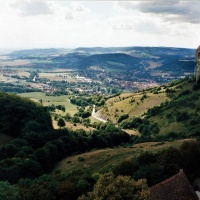 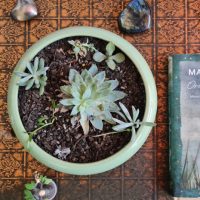